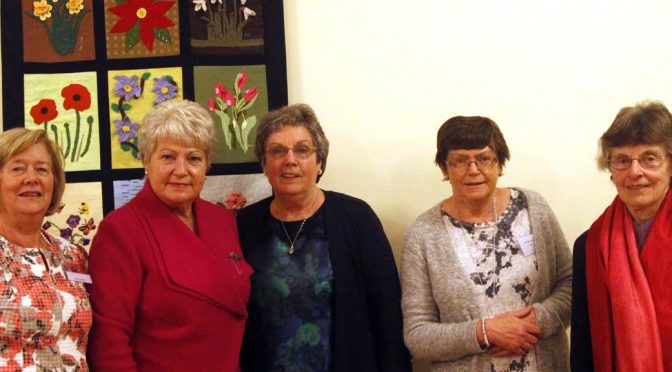 The reconvened AGM for 2019 will be held on the 23rd November.  The following documents have information for the AGM:

Thanks to those Guilds who supported the Table Quiz on 7th November. We had an enjoyable night and congratulations to the Ladies from Tallaght Guild who will be flying the Dublin Federation Flag at the National Finals in An Grianán.  Well done also to Hetty Fitzmaurice Rush Guild who won the Christmas Craft competition and to Marguerite Cleary who came second.  The winner of the Arts competition was Marie Smith, Dollymount Guild who entered a  photograph of a Waterfall.

Schedule of Activities for An Grianan weekends 2020:  April 17th to 19th and September 4th to 6th.

We say farewell to our National President Marie O’Toole.    She is much loved and appreciated by Marlay. Enjoy your retirement Marie

Guild Meetings are held on second and fourth Thursday each month at 8p.m (September – June). Come early and give yourself time to meet new and greet old friends. New members are always welcome to join us. Our email is: icamarlayguild@gmail.com and our phone number is 086 0510832.